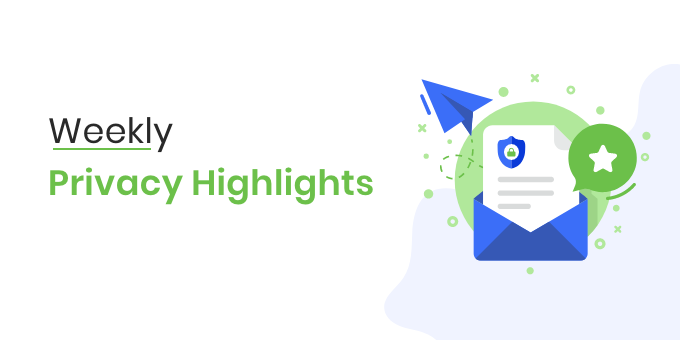 The first week of June seems to be making quite striking headlines regarding data protection and privacy news as the Conservative Party gets fined by ICO. The Schrems makes quite an entrance by going after the websites having non-compliant cookie banners.

Read this and more in the Seers newsletter. And we will be back next week.
Seers Consent Management Platform (CMP) approved by IAB Europe’s Transparency is also integrated with Google Consent Mode ensuring maximum profits according to your business needs. But what is Google Consent Mode? How does it work? Read more here.

An organisation headed by Max Schrems (well-known privacy activist) Noyb ( Non of your Business) is targeting the companies which it opines, deliberately making it hard for users to opt-out of tracking cookies. Read more here

After receiving scathing criticism and changing dates for the promulgation of the privacy policy, WhatsApp has diverted from its stance again by saying that Whatsapp would not limit the capabilities of users who disagree with the new privacy terms for now. Read more here

The European Commission has adopted two sets of contractual clauses. The one clause is about exchanging personal data to third countries and the second one for use between processors and controllers. Read more here

EDPS has opened investigations against the government use of US cloud services:

The investigations come after the Snowden revelations and “Schrems rulings”. Read more here

Recently Atlas VPN findings report the cumulative sum of GDPR fines. Over the past three years, the fine reached €283,673,083 due to a total of 648 penalties. Read more here