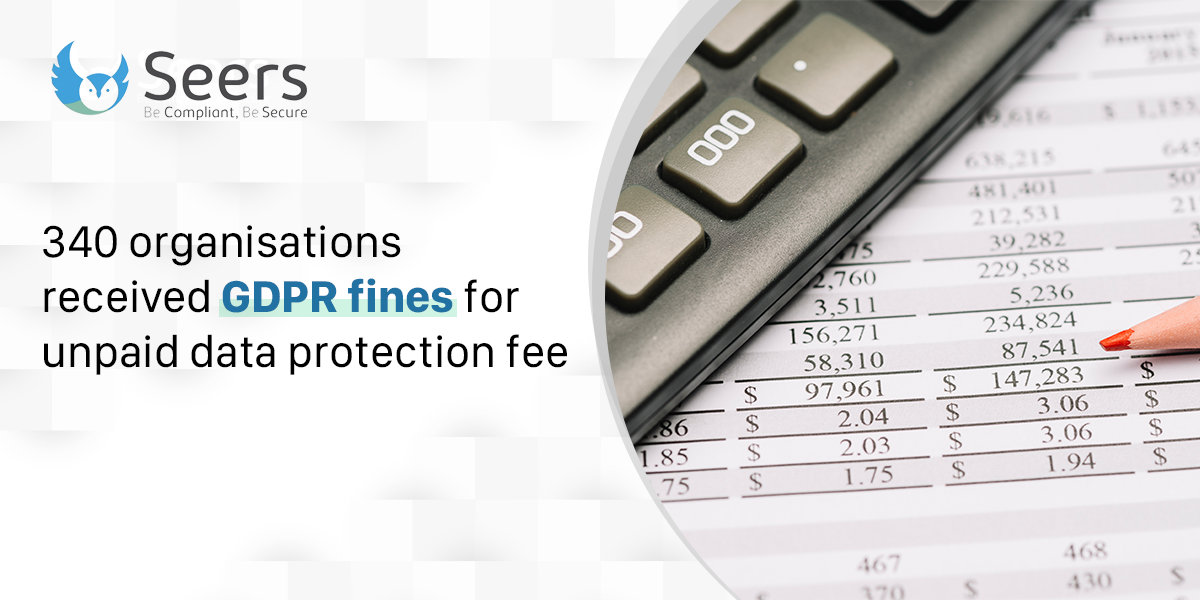 The GDPR fines are inescapable. Therefore you must adhere to the regulations and laws it brought with it.
340 GDPR fines issued by the Information Commissioner’s Office (ICO) as they did not pay the mandatory data protection fee.

The fines were imposed between July to September. The fee is crucial as it is a legal requirement by the information security watchdog for the organisations that process personal data.

What a deputy chief has to say about this?

In Feb 2019, Paul Arnold, a deputy chief at the ICO, has ordered to UK’s every small enterprise, to pay the data protection fee.

This requirement is critical not only to obey the law but to create a better and sustainable image of their organisation in front of its customers.

“It’s the law to pay the fee, which funds the ICO‘s work, but it also makes good business sense. Because whether or not you’ve paid the fee could have an impact on your reputation.

When you’ve paid, your business is published on our register of data controllers. Members of the public and other companies check that list before they decide to do business.

“We speak to thousands of people and organisations every week, and it’s clear that being on the register tells others a lot about you.

It’s a strong message for your customers that you value and care about their information. And will keep it secure and not share it inappropriately.

There are no legal exemptions from paying the fee as long as you process personal data. So, the ICO has introduced a campaign for reminding all UK registered companies to pay the fee on time.

According to the Information Commissioner’s Office ICO, ever since GDPR came into effect around 600,000 companies are registered for paying the data protection fee.

Despite, 340 monetary fines issued for organisations that did not pay their respective fee. “As well as naming most organisations we need to find. We also publish the names of all fee-paying organisations.

This helps them make it clear to their customers, clients, and suppliers that they are aware of their legal obligations when processing personal information,” Arnold said.

Processing the personal data and still reluctant to pay the data protection fee can put you in a risk. A risk of getting fined between £400 and £4,000 under regulations of GDPR.

Now, what this could probably mean?

Skipping the data protection fee means you will pay ten times more than the fee they require you to pay.

However, larger enterprises with almost 250 employees and a £36 million turnover must pay £2,900 as a data protection fee.

Furthermore, Arnold stated that, if companies pay the fee by direct debit, the total amount will be reduced by £5.
Lately, the ICO has been making various efforts to make companies pay their data protection fee.

Now, companies must help themselves and fulfil their obligations under GDPR to save their reputation in the market.