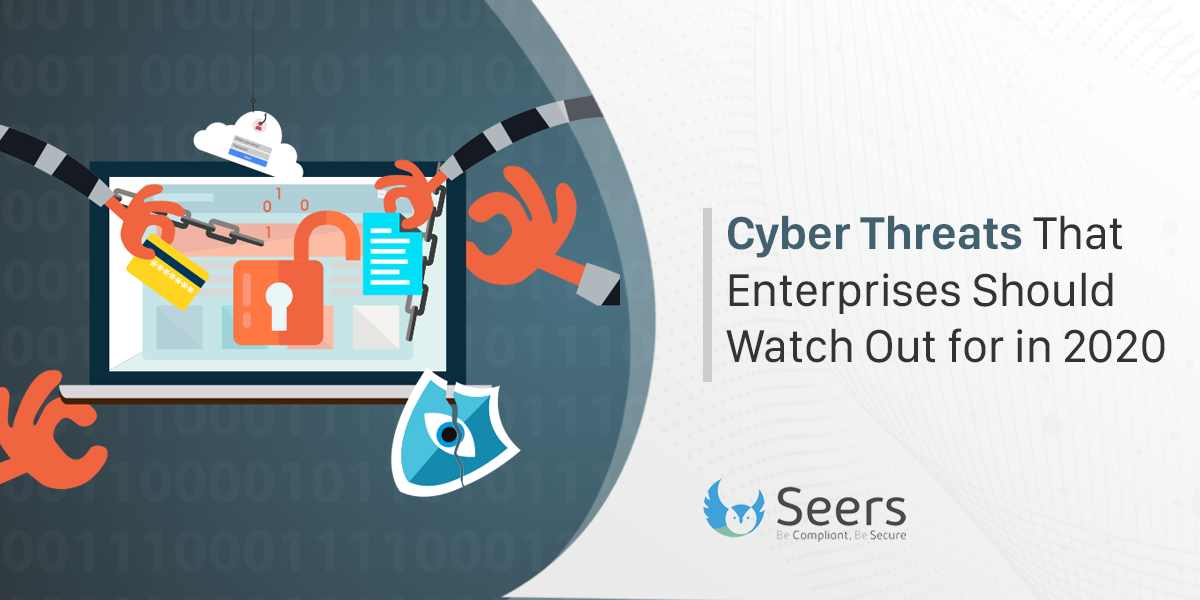 This year has seen explosive growth in technology, its numerous applications for enterprises and also in cyber threats around the globe. With exciting developments in Artificial Intelligence, the Internet of Things, and cloud technology, companies are reaping benefits like efficiency, connectivity, and cost-effectiveness. However, as these technologies expand, the threats and vulnerabilities that come with them grow as well. Here, we have listed some of the most prominent cyber threats that enterprises should be aware of next year.

The Internet of Things (IoT) continues to dominate global enterprises, with Gartner predicting that there will be a whopping 25 billion IoT devices by 2021. Paired with the growth of 5G, these devices will start communicating with a central network instead of a local router. Enterprises that use this tech will then become open to a whole host of attacks that can compromise data while it’s in transit. In a similar fashion, threat actors can covertly implant malware before the data reaches its destination. On top of that, it will become more difficult to keep an eye on security for every single IoT device. This is bad news for companies that use multiple connected devices. Because one compromised gadget can bring down the whole system.

In our post on Enterprises Must Re-Think About Their Cybersecurity, we talked about how companies will raise their budget for AI-powered cybersecurity solutions by 29% next year. This is a necessary response to parallel growth. That can be expected from threat actors who are using AI for more effective attacks. As more individuals have access to AI technology, more sophisticated cyber threats will emerge. The wide array of top-rated Artificial Intelligence courses on Udemy shows just how accessible the technology is for both enterprises and individuals with malicious intentions. Threat actors who have access to AI can quickly find and exploit vulnerabilities in a system, going beyond just brute force attacks. Enterprises can expect more realistic phishing scams, targeted hacking, and even widespread disinformation campaigns.

Threat actors will be taking advantage of software and hardware from the inception point in the supply chain. Malware in company computers will actually come from the factories where the components are built and subsequently compromised. These components are attached to legitimate products, which are then unwittingly utilised and incorporated into an enterprise’s system. This then opens up the target for a larger attack that can permeate an entire network. The attack that often goes undetected until it is too late.

As more companies migrate their systems to the cloud, there is an increasing urgency to address emerging security concerns. The cloud is an attractive target for hackers who can compromise data once they transmit. What’s more, employees themselves could unknowingly exploit vulnerabilities in the cloud through misuse. Next year, Net explains that the responsibility to uphold cloud security will also be on the company, and not just the cloud service provider. This means that enterprises should start providing training to educate workers on the proper and safe use of the cloud.