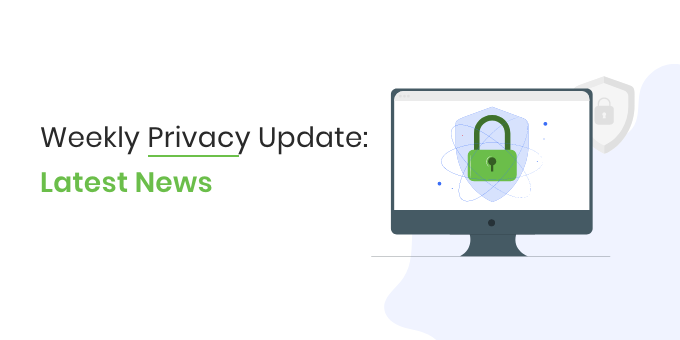 This Weekly Privacy Update is all about the big names. A lot is happening in this sensitive privacy and cybersecurity world. Apple, Barclays, Capital One and Twitter are in the news for improvements, fines and more.
Here are the top 4 privacy headlines that you should know of.

Now iOS users will be asked before their data is collected. The change will allow proper consent to be obtained as per the legal requirements in many nations and regions. Before being tracked the user will receive a notification and the user may decline or accept the data collection request. Read more here.

Barclays probed by the ICO

The Information Commissioner’s Office (ICO) is probing Barclays (BARC.L) over allegations the bank is spying on its staff, according to the privacy watchdog’s announcement on Sunday. This story was leaked in the first quarter of the year by the bank on using software, which was piloting, to monitor how employees spend their time at work. Read more here.

Capital One has been fined £61M in a data breach affecting 106 million customers. One of the Capital One banks in New York has been under the review for malpractice in terms of customer data use.
The U.S. Treasury Department has fined Capital One £61 million for careless network security practices that enabled a hack that accessed the personal information of 106 million of the bank’s credit cardholders. Perhaps, this could open further investigations into all other branches of the banks converting into a class action lawsuit should there be enough reports. Read more here.

Twitter has been misusing personal data of its users for the sake of marketing. While that may have been brought it some revenue, it is in a messy legal situation now.
The platform confirmed it was under investigation by the Federal Trade Commission (FTC) for potentially misusing people’s personal information and said it is likely to be fined up to £190 million. Read more here.

Our cookie consent solution can help companies scan their websites to determine where their personal data is sent to and receive a full report that will help companies make better decisions on the best strategy for data storage and transfers in light of the recent EU ruling on EU-US data transfers – Schrems II and privacy shield.

The demise of Privacy Shield may be the end of U.S.-Europe data transfers. Do you agree?

If you want to learn more about it then you may be able to get further information at the linked Seers cookie consent management tool.