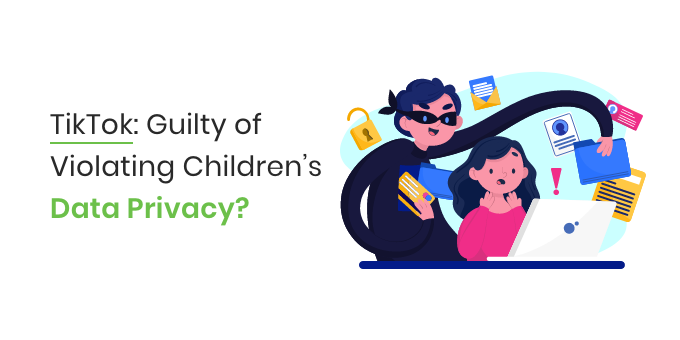 TikTok is being questioned again! Social sharing platforms have not been vigilant of child protection and data privacy laws in the past. And here is another one in hot water.

The digital world has a hierarchy of apps. All kinds of apps are used by the public across the world but in the last few years, TikTok has made its place among the public and it particularly popular with children. It is a unique content sharing platform. Ordinary people use it to gain attention and a following of their own, whilst celebrities and businesses are actively making their way towards it.

TikTok has been under investigation in the UK for the management of its younger users, and their content. Children do have a right to express themselves via these platforms, but two aspects must be taken into consideration. The foremost consideration is the protection of their privacy and the security of their interests. The second one is freedom from monetization.

YouTube has already set the precedent for the second consideration by limiting children as content makers. No more monetization means no more child labour for young content developers. The case with TikTok is much more complicated.

TikTok has a larger volume of micro-content producers. There are numerous users and they have uploaded a tonne of media as well as information of their own. It is easy to locate the children, they may be uploading sensitive information and there might not be any form of consent before their videos are made viral.

TikTok has already been tried in the UK for its issues with data protection compliance. Now, it is being investigated in Columbia where the data is associated with several domestic crimes and unauthorised usage.

The question all users and their guardians should ask is whether it prioritises the safety of children on its social network or not? Is the content worth risking young lives or not?

The concerns begin at the way the data was collected and then go beyond concerns about the open messaging system which allows any adult to message any child. There are limited ways in which a child or their guardian may be able to restrict a predator found there.

ByteDance Ltd’s TikTok is now under investigation in Colombia for similar reasons. The nation’s data protection regulator has opened this investigation last Tuesday under a 2012 law provision that applies to the privacy rights of children and adolescents. The investigation is ongoing and TikTok can operate as per routine until then.