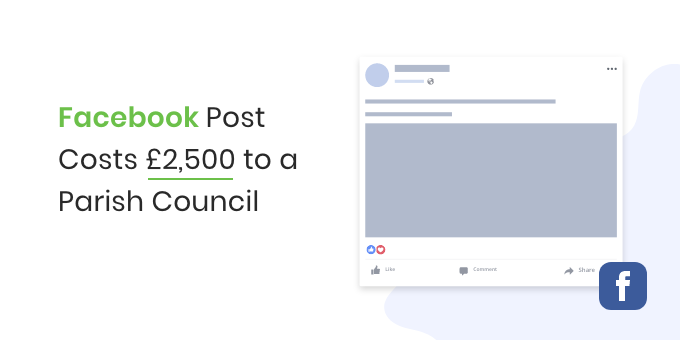 An irresponsible Facebook post has resulted in a Parish Council having had to pay £2,500 in compensation to a resident after posting his details on its Facebook page. This is proof that any organisation or person that you are in contact with simply does not have the authority to misuse your personal data without your consent. Whether you are a large organisation, an employer or a small business owner, you have to abide by data privacy regulations.

Therefore, David Norris took action against Great Wyrley Parish Council because his name and address were shared during a planning row. The meeting that this occurred after took place in 2008. The minutes of the meeting were shared later revealing the name and address of the person along with the statement that their behaviour was inappropriate. He was also given a warning.

Furthermore, Mr Norris was “already subject to a Community Protection Notice concerning his behaviour and approach towards a planning issue”, his lawyer at Irvings Law stated.

The angry resident filed for legal action after the Parish Council refused to remove the post, claiming that people like him were in breach of data protection law. This page had around 1,700 followers then.

The complaint was sent to the Information Commissioner’s Office (ICO), which agreed that the Parish Council was guilty of failing to uphold the data protection laws. The legal counsel then shared that despite ICO’s findings, the post was not removed soon enough.

The main reason behind this case being filed was that the appellant’s identity was disclosed. He “had compounded this unlawful disclosure by disseminating Mr Norris’ information on Facebook and within the wider community.”

According to the legal spokesperson: “Firstly, the council made an offer of £1,500 (plus costs) to Mr Norris but this also included a confidentiality clause so that Mr Norris could not tell anybody about what the council had done to him.”

“In response and following Mr McConville’s advice, Mr Norris made a counter-offer to the council in the sum of £2,500 and confirmed that he would not agree to any confidentiality agreement given that the Council did not act confidentially when they breached his personal information.”

“A few days later, the Council accepted Mr Norris’ offer without providing any defence to his claim.”

Be careful of what you share on social media and ensure that you comply with data privacy regulation to protect yourself from trouble later.