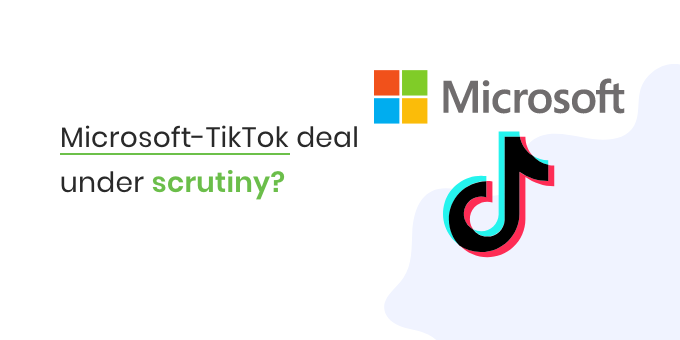 After concerns raised by the Dutch privacy watchdog, Australian privacy watchdog and CNIL (French regulator), the Microsoft-TikTok deal seems under pressure. Microsoft Corp. may not be able to resolve privacy and security concerns in time for it to acquire TikTok to meet President Donald Trump’s September 15 deadline for reaching a deal. What does this mean for Microsoft and moreover, will TikTok ever learn?

France’s CNIL opened an investigation into TikTok. This was not the first examination of its kind for Byte Dance Ltd.’s social media app. It is facing broader scrutiny of its privacy policies including its policy and regulations for minors.

The issues include the way the company communicates with users and negligence of certain issues concerning the protection of children. The series of questions and issues arose when TikTok announced its plan to set up a European Union headquarters for data purposes.

Microsoft Corp. is in talks to acquire the operations of TikTok in the U.S., Canada, Australia and New Zealand.

The EU’s data protection chiefs in June announced that they shall investigate and examine the Chinese company before it is legally allowed to begin its data centres. Hence, a task force was established. The main purpose of the task force is to gauge whether “TikTok’s processing and practices across the EU,” are reasonable and fair under the current privacy legislation or not.

The EU task force would also likely give the final decision on plans by the company to set up an EU base for data purposes in Ireland. The Irish data authority is already actively looking into various tech giants including Google, Facebook Inc. and Twitter Inc.

According to CNIL, for TikTok to set up a headquarters in Ireland, it would need to prove that its base there fulfils the necessary conditions under the bloc’s data protection rules.

Before all of this happened, TikTok announced that its first data centre in Europe will be situated in Ireland and that means a 420 million Euro ($500 million) investment.

Furthermore, to complicate the Microsoft acquisition, TikTok is facing increasing pressure in the U.S. as President Donald Trump recently banned the app, on the grounds that it jeopardizes national security.